Don, Evelyn and their son Greg combined 50 years of liquid feeds experience with hard-work ethics, honesty, mutual respect and a promise to exceed expectations to form Double S liquid feed services, products and programs. With a passion for success, their initial vision was built on these concepts:

HUMBLE BEGINNINGS: It started in a Consolidated Freightway terminal…

“We began packaging 50-pound boxes, barrels and totes in the back of a Consolidated Freightway terminal,” says Evelyn Shepard. With early success, Double S moved in October 1991 to its present headquarters in Danville, Illinois. At that time, the company added truck and tanker bulk loads to its offerings. Next came branches in Cabool, Missouri in 2013 and Lewistown, Pennsylvania in 2015.

Greg Shepard took ownership of the business just prior to Don’s death in 2012. In November 2011, Greg became president and chief executive officer, and his son Jacob (3rd generation) became the office manager. Evelyn still enjoys coming into the office most days. She’ll be the first to tell you Double S still has working relationships with customers that started with the company on Day 1. 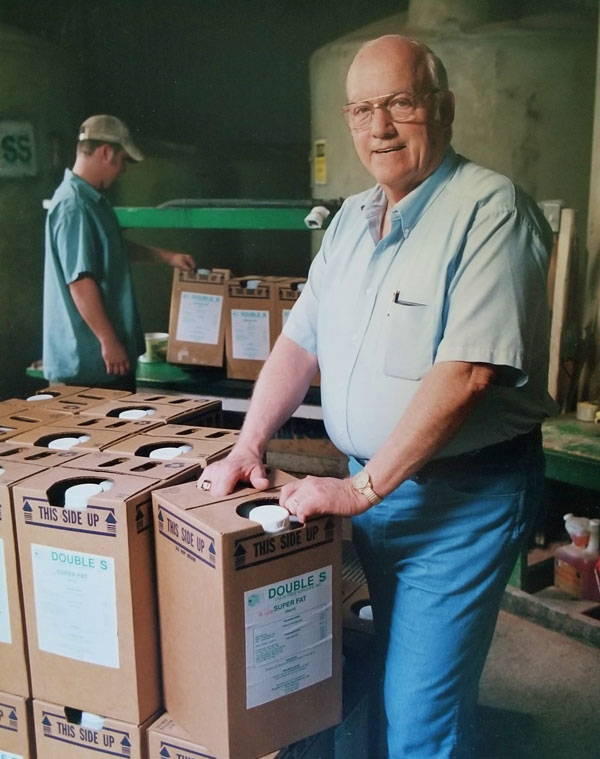 Our history is more than just the products we’ve made, the customers we’ve served and the relationships we’ve built. So much of our history is in the details that shape our future today.